Share a memory
Obituary & Services
Condolences & Photos
Read more about the life story of Maxine and share your memory.

Visitation will be from 4:00 until 7:00 p.m. Wednesday, January 18, 2023, at Schultz Funeral Home, DeWitt. A Service of Christian Burial will be held at 10:30 a.m. Thursday, January 19, 2023, at Immanuel Lutheran Church in Grand Mound, the Rev. Steven Anderson officiating. Burial will follow at Elmwood Cemetery, DeWitt.

Maxine Alma Stolte was born April 16, 1928, in Lowden, Iowa, to Louis and Tillie (Schulter) Stolte. After graduating from high school at age 16, she went on to Iowa State Teachers College in Cedar Falls and then received a bachelor’s degree from Marycrest. Maxine married Joel Hinck in 1952. He preceded her in death in 2017. She taught first grade for 40 years in the Central Community School District in DeWitt. Maxine continued to volunteer following her retirement.

Maxine loved spending time with her family, especially her grandchildren. She had a strong faith and was a member of Immanuel Lutheran Church in Grand Mound, where she belonged to the Mary Martha Circle. She enjoyed playing cards, games with the grandchildren, shopping and watching the Sabers, Hawkeyes, and Cardinals.

In addition to her husband, she was preceded in death by a brother, Warren (Elgeva) Stolte and numerous in-laws.

Memorials may be made to Central Education foundation and Immanuel Lutheran Church, Grand Mound. 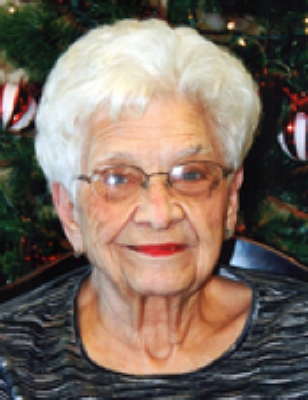