Share a memory
Obituary & Services
Condolences & Photos
Read more about the life story of Mary and share your memory.

Mary Feldpausch, 72, of DeWitt, Iowa, passed away with her family by her side early Wednesday, November 16, 2022, at Genesis Medical Center-East, Davenport.

Mary was born February 2, 1950, to Harry and Alta (Ewoldt) Badtram in Davenport, Iowa. She graduated from North Scott High School in 1968. Mary was united in marriage to Richard R. Feldpausch on December 6, 1969, at St. Joseph Catholic Church in DeWitt. The couple resided on the family farm north of DeWitt, where they raised their family and farmed their entire lives. Mary was a homemaker, seamstress, neighborhood babysitter, and later worked for M.J.’s. She was a loving caregiver to Richard, who preceded her in death on July 7, 2022.

She was a member of St. Joseph Catholic Church in DeWitt, where she served on the Altar and Rosary Society. She also volunteered at St. Joseph Catholic School and was a 4-H leader. Mary enjoyed spending time with her grandchildren, and traveling with Richard.

In addition to her husband, she was preceded in death by her parents and daughter, Ann Symens. 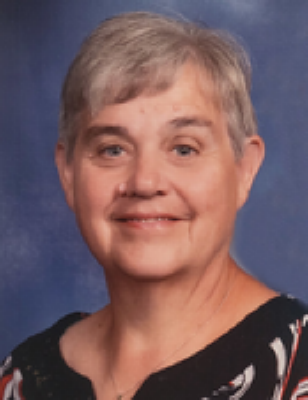