Share a memory
Obituary & Services
Condolences & Photos
Read more about the life story of Ellen and share your memory.

Ellen Zaruba, 67, of Charlotte, Iowa, passed away November 23, 2022, at Fieldstone of DeWitt, following a prolonged battle with cancer.

Ellen June (Wiepert) Zaruba was born November 26, 1954, in central Iowa to Elmer and June (Fincham) Wiepert, the youngest of three children. The family lived on a farm in central Iowa until Ellen was three and they moved to a home in Jefferson. Ellen graduated from Jefferson High School in 1973 where she was active in band. After high school Ellen attended junior college in Boone for one year before transferring to Emanual Medical Center in Omaha, Nebraska, where she graduated as an X-Ray technician. After graduation Ellen worked at the Dallas County Hospital in Perry and later at the DeWitt Community Hospital where she retired in 2011. After a couple of years of retirement Ellen took a job at Scott Drug in DeWitt where she was a sales associate. The job at Scott Drug gave Ellen the opportunity to see and greet many of her former acquaintances from years at the hospital as well as new people. In August 1975 Ellen met her future husband, Loren. It was on a blind date, so blind that Ellen didn't know she had a date until 10 minutes after she arrived. They were married on September 25, 1976 in Jefferson. They made their home in rural central Iowa, later moving to the DeWitt area in 1979, living in the country north of DeWitt. Ellen and Loren have one child, Charles, who lives with his wife Stephanie and 2 beautiful granddaughters on the family heritage farm in central Iowa.

Ellen loved to shoot and always looked forward to the yearly extended family fishing trip to Lake Winnibigoshish. She was active in the Clinton County Hunter Education program and the Iowa Youth Hunter Education Challenge for many years. Ellen’s favorite pastimes were reading and planning future trips to Disney.

Ellen is survived by her husband Loren, son Charles (Stephanie) Zaruba and granddaughters, Abigail and Emma, as well as many cousins and friends.

Ellen was preceded in death by her parents and two older brothers. John and Thomas Wiepert.

In lieu of flowers the family requests donations be made in support of the Iowa Youth Hunter Education Challenge through a contribution to the Ellen Zaruba Memorial c/o Farmer’s State Bank, P.O. Box 110, Yale, Iowa 50277. 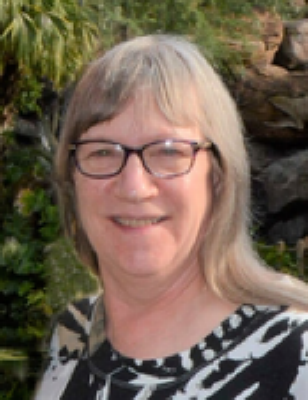